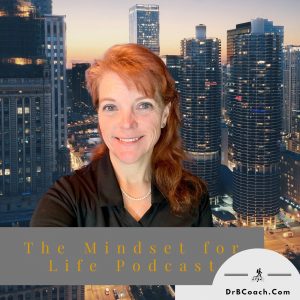 This is episode number 108. It’s all in your head.

Welcome to the mindset for life podcast, I’m so glad you’re here talking about mindset. Things that we think. And the way that our brain controls literally everything we do. There’s so much out there that tells us that our thoughts about something create the future. Whatever we’re thinking we are capable of doing, or what is possible for us, becomes our reality. Ultimately.

Now, if you think about it, that really does have a lot of truth. I’m going to give you just a little bit of an example from my own life. And this will have to do with my trumpet playing in band. I don’t know if I’ve mentioned this here on the podcast, but I chose to graduate high school one year early. So, I completed high school with all the necessary credits,  a little summer school in there, and some zero period classes. And because of meeting the requirements in a shorter time, I just, I was a freshman, a sophomore, and then a senior, and I graduated. And when I went to college, my high school band director told me that I was missing an entire year of performance experience.

So he was cautioning me. He was a little worried for me that when I went to college, and I wanted to play music (I was going to be a music major), that I would be behind. Less developed than my peers. And I would really struggle. And he was right.

I got there, and I really did need a little bit more musical maturity. So I was in the lowest band, the lowest jazz band, the last chair in the ensemble. And I started to develop this thinking about myself that maybe I just wasn’t good enough in music generally. And perhaps I should just not be doing that. And by the second year of college, I actually dropped out of the music degree and decided not to major in music, and I turned my efforts to a different subject matter.

Now, that’s kind of a funny story. Because in the end, I did end up turning back to music. I did graduate, I became a band director and a music teacher. And I went on to get a doctoral degree in music later. I had a 21 year career in music. And I’ve been pretty successful as a musician and a music teacher. Even though that’s the case, there was an experience I had in there that kind of builds off of that first experience, where I went to college thinking, Oh, I’m behind, I’m less-than. I might not measure up, maybe I should quit.

So this other experience was that eventually, when I returned to major in music as a trumpet player, I had to take trumpet lessons. And I would watch these other people who I highly respected–other students in the music degree–and I would see them performing with the Philharmonic at the university, or with the Wind Symphony, or taking solos in the Synthesis jazz band, which at Brigham Young University is a really high, well-performing jazz band. I would watch all of these things happening.

And I would think to myself, “I would really love to be that person one day, I would love to have a chair in one of those ensembles, first of all, but I’d like it to be first chair. I would like to play the fun parts that have the melodies to them. And I want to be really good at playing those screaming high notes.” And one day, it just dawned on me that I was never going to get the opportunity to do any of that until I was already qualified as if I was in those ensembles.

Sometimes I would get lots of time where nobody showed up.

And pretty soon it was time to audition for all of these ensembles. And my trumpet teacher just asked me, “Well, you’re really great. Which ensemble do you choose this year?” And I was able to say, Well, I’d prefer to be in the Wind Symphony. They’re going on tour. And I’d like to have that experience.”

Not only was I put in the Wind Symphony, but I got to be a first chair trumpeter. I worked along with the section leader on that part and played with him and played with our whole ensemble, and had a fantastic experience. But until I started doing the work as if I was already in the band, and putting in the time and effort that it took, I wasn’t going to be in that band at all. I had no hope of that, because I was playing and thinking, like I was not good enough.

If we want to do something new at work, for example, and we’re waiting for someone to come tap us on the shoulder and give us the invitation, we have to already be acting as if we’re capable and have that project on our list. If we want to be able to have another experience, like taking it up to a promotion level, or maybe we want to be in a management role, and we’re not yet, we have to start acting as if we own the role we’re in.

There’s this whole concept that we can lead from any role, we can lead from any seat in the organization. And it doesn’t mean that we’re inappropriately telling others what to do or anything like that. It means we take pride in what we do, we come up with new ways to do it, we approach it with zest, and we really take ownership. Now, it may seem difficult right now to you to think about those opportunities you would like to have in the future and acting as if you already have them.

Yes, it’s hard to imagine in some cases, but we can read about it, learn about it, get to know others who are in those roles. And we can start to see what they do, how they behave, what habits they have, what strategies they think about. We can start reading books on whatever the role is, if we want to be a new manager, and we’ve never been one, there are plenty of books and articles out there on how to be a great manager, how to be a new leader, how to survive your first 30, 60, and 90 days in leadership. In fact, I can think of one right now called “The New Boss.”

It’s a great book, you could check out anytime, find it on Amazon, and read up on what you can do when you’re a new manager. And you can set your goals and just start behaving in ways that a new manager would behave.

You might get there early, you might stay there late, you might summarize all of your email conversations and send them as recaps. Whatever you believe it’s going to take to thrive in the role or the opportunity or the chance that you want to have. If you start living as if you already have it, you’re much more likely to be ready for it when it comes along and to be viewed as capable of doing it. After all, it’s all in your head.

What we think about ourselves, and what we think about the possibilities in front of us will really become the reality we’re looking for. I hope that you will think about your next opportunity and what it might take to help you get ready for that, and start acting as if you’re already there.

Chances are sooner than later, it will come to you and you’ll be ready when it does. Thanks for being here with me on the mindset for life podcast. I wish you all the best this coming week and being the best version of you.

Our theme song for the Mindset for Life Season Two podcast is New Day performed by Danny Gokey in 2021. Danny Gokey is under exclusive license to Capitol Christian music group Incorporated.